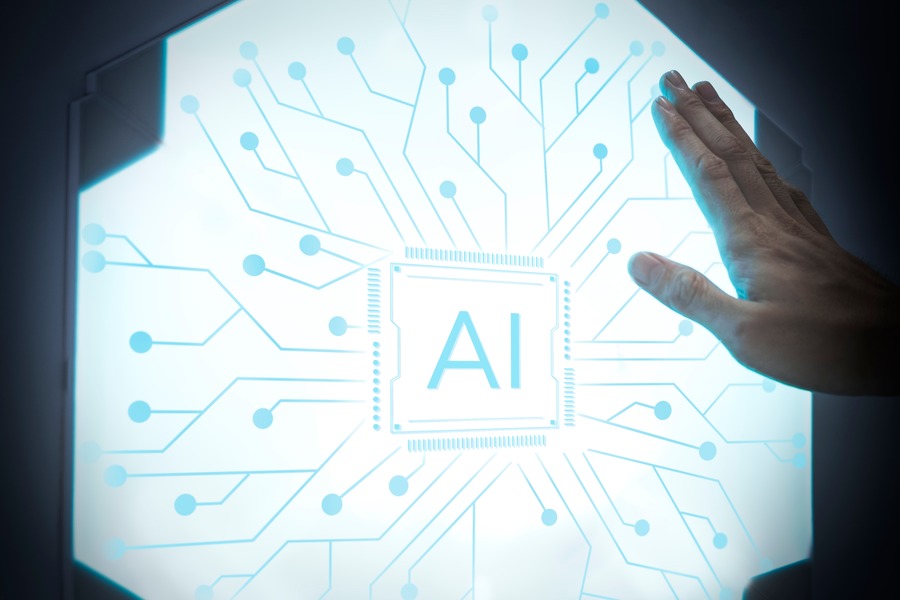 All You Need to Know about Artificial Intelligence – Why and How AI is Transforming the World?

All You Need to Know about Artificial Intelligence – Why and How AI is Transforming the World?

What is Artificial Intelligence (AI)?

The definition of Artificial Intelligence

A numerous definitions of Artificial Intelligence have surfaced since its capabilities and benefits are known. In 2004, John McCarthy on his paper expanded the definition of AI as the following:

“It is the science and engineering of making intelligent machines, especially intelligent computer programs. It is related to the similar task of using computers to understand human intelligence.”

Little do we know, decades before this well-known definition, the discussion over Artificial Intelligence started in 1950 along with Alan Turing’s work on “Computing Machinery and Intelligence”. In this paper, Alan Turing considered the question of “can machines think?”. As an attempt to answer this question, Alan Turing performed a test called “Turing Test”. This test was to determine whether or not the computer is capable of thinking like a human-being. In this test, human interrogator would try to distinguish between a computer and human text response. This test, plays an important part in the history of AI.

Read more about the history of Artificial Intelligence

To summarize from all the definitions could be found, Artificial intelligence is a field of study where machines can “think” and make decisions in ways that are somewhat similar to what a human will be able to do. Machines with traits that associate with human behavior such as problem solving and learning, can be identified as AI. Artificial Intelligence makes it possible for the machine to enhance its capabilities, such as performing human-like tasks.

According to John McCarthy, AI is not always about stimulating human intelligence. He defined intelligence as “the computational part of the ability to achieve goals in the world.” He stated that we can learn something to make machines solve problems, by doing observations of various methods.

Responding to 1950’s work of Alan Turing the “Turing Test”, John McCarthy explained that this test is a one-sided test.

Artificial Intelligence aims at human intelligence. The main purpose is to build computer programs that can solve problems and achieve goals in the world as well-performed as humans. John McCarthy responded the question of “How far is AI from reaching human-level intelligence? When will it happen?” by saying that a few people think that human-level intelligence can be achieved by writing large numbers of programs and assembling vast knowledge bases of facts. However, he continued, most AI researches believe that new fundamental ideas are required, therefore it is impossible to predict when it can achieve human-level intelligence.

There are three main technologies of Artificial Intelligence:

1. Machine Learning (ML): Machine learning is the ability for the computer to learn without programming. Machine learning algorithms build a model based on sample data, known as “training data”, in order to make predictions or decisions without being explicitly programmed to do so.

3. Image Recognition: It is only in recent years that computers are beginning to tell a car apart from a cat. Image recognition coupled with RPA will allow the robot to fulfil the work of the eyes of humans. For example, you can ask the robot to download all images that have dogs in them. You can also ask robot to search for images with certain company reports based on their logos.

Read More: How to Work Less and Get 2X Worth of ROI with Artificial Intelligence (AI)

Why is Artificial Intelligence Important?

Companies have been using Artificial Intelligence to improve their business operations, and this implementation has given them numerous advantages. AI brings benefits for companies not just because they can perform tasks better than humans, in term of minimized errors and increased accuracy, but also because AI allows companies to gain insights into their operations.

Here are other reasons why Artificial Intelligence is important:

AI brings the intelligence to (almost) any products. For an example, cognitive automation (also known as intelligent automation) where the robot becomes cognitive bots as it incorporates with Artificial Intelligence. Cognitive bots perform automation of tasks that usually require human-knowledge, for example tasks that require complex decision-making that urges for human intervention. With AI, the bots can perform those tasks and human only need to play the part to review and validate.

Through deep neural networks, AI offers superb accuracy. This AI learning techniques makes the work they do has higher accuracy. They don’t feel fatigue as human does, thus they won’t make mistakes like human.

Through neural networks, AI can analyze deeper and more data. Of course, it needs a lot of data to train the deep learning models – given the fact that they learn directly from the data. The role of data is extremely important, thus it can create a competitive advantage for companies who have the AI technology that enables the ease of getting and analyzing data.

Artificial Intelligence has the self-learning ability

Give the data to AI, let AI learn. AI is adaptive accordingly to the data it feeds, through progressive learning algorithms. AI can find structure (pattern and trend) and regularities in data, thus algorithms can acquire skills. This self-learning ability will result in a training model, and this model can also adapt when there is new data to feed.

Not just automating manual tasks, but AI also automates complicated tasks that usually require human knowledge. It is reliable and runs without fatigue. Combined with automation robots, AI will allow human to automate almost any type of tasks.

How to Use AI to Replace Human Intelligence?

When some think of AI, they might refer to the AI robots portrayed in movies and leading to the doom of mankind. This is far from the truth. Although AI can replace some level of human work, human supervision would still be needed. The goal of using AI is to help human to work smarter and increase productivity, there are many advantages when it come to implementing AI.

One of the obvious advantages is that operations can be seam-lined from start to end with AI. Software robots with A.I. will be able to read email or other unstructured text. They can also extract key points from unstructured text or data from semi-structured texts such as forms and tables. These intelligent bots can also make complex decisions based on the historical transactions provided by humans.

Timesheet Killer found that approximately $650 billion per year is wasted time on distraction cost in the United Sates. A lot of business recurring tasks can be mundane with high volume of data to process. Not only this can result a rose in costs, and it will likely causes burnout among workers. And the solution to this problem is Cognitive Automation.

Read More: How Much Are Companies Spending Doing Recurring Tasks?

Cognitive Automation is a combination of Artificial Intelligence with rules-based automation such as RPA (Robotic Process Automation). Not only will Cognitive Automation maximize your efficiency, but it can also be a strategic tool to make a big difference in the competitiveness of your business.

Nowadays, AI is used widely in automation for work processes. With the abilities of AI, automation can be done faster and more accurately. This is also true in Gleematic AI’s case, it combines the technology of Robotic Process Automation (RPA) and AI to help companies automate their tasks.

Read More: All You Need to Know about Intelligent Automation and Its Misconceptions

Below are some examples on how Cognitive Automation works.

In this video, Gleematic will be able to read and extract data from invoices in various templates. With AI, cognitive bots can identify which data to extract. Upon extraction, cognitive bots will generate an Excel file where all the extracted data is placed. After this process, cognitive bots can enter all of this data into any system.

An outlier is an abnormal data point that significantly differs from other data. Detecting outliers is important because its presence indicates a potential error. If there is an abnormal variation, the cognitive bots will indicate it as an outlier and open Notepad to write a notification message.

Cognitive bots can analyze feedback messages to determine whether they have a positive or negative sentiment. This capability is possible through Natural Language Processing (NLP).

We will need different kinds and levels of AI depending on the tasks, but this does not mean that AI would be replacing human workers. AI is helping many office workers with their tasks. Businesses can save time by automating high volume, mundane and repetitive tasks with AI, resulting a more intelligent work environment and motivated workers.

Contacts us and let Gleematic AI help you start your automation journey. 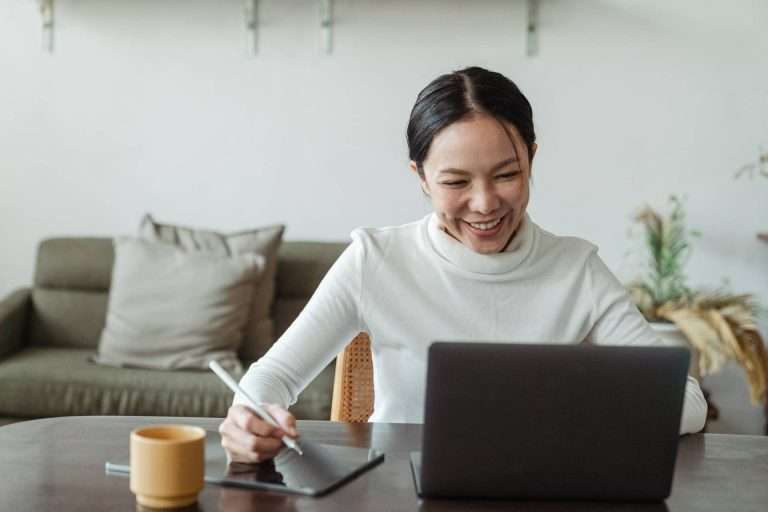 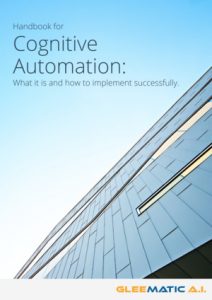 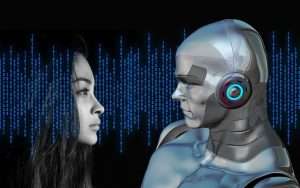 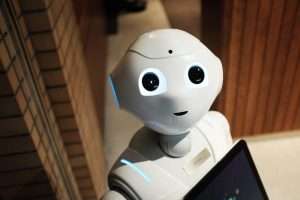 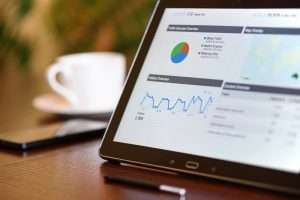 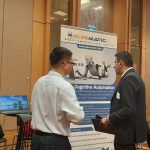 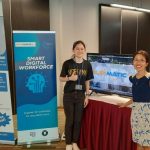 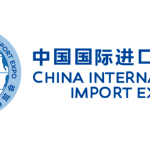 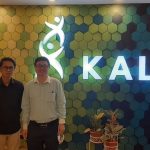 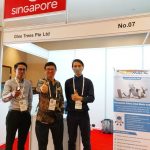 Feedback
Gleematic A.I. Close
Rate your experience with this website
1
Bad!
2
Poor!
3
Fair!
4
Good!
5
Excellent!
Do you have any additional comment?
Next
Let us know your email if you'd like us to contact you regarding your feedback.
Back
Submit
Thank you for submitting your feedback!