On 8th of December 2018, Gleematic team was invited to the Meeting Point at JTC’s Launchpad, Singapore, to pitch at the Nanjing Overseas Talents Start-up Contest. We were among the top eight!

The contest was announced on 29 November 2018, and a total of 75 applications were received within a week of the announcement. According to the organizer, the number of applications was more than 25 % of the original target.

As a Singapore-born pioneer in cognitive automation/ robotic process automation with artificial intelligence, we are proud to be selected to be among 16 short-listed candidates to pitch at the event. We were eventually among the top eight to be chosen as “finalist” to have a chance to go to Nanjing for the Final round.

This Singapore league of the competition was initiated by the Nanjing Municipal Human Resources and Social Security Bureau, in collaboration with collaborated with Techsumption and CHGG.

As what has been said by the organizer, this event is a good opportunity for a start-up company like ours to spread our wings outside Singapore, especially China. Gleematic team is sincerely thankful for the organizer for the given opportunity for this competition. We are happy for this year-end gift for the team. Wish us luck at the Finals! (More info about the China competition at www.nanjingglobal.com) 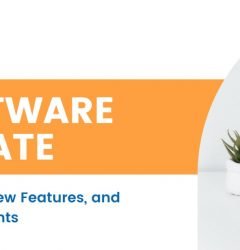